These are North American Carnivorous Plants or Temperate carnivorous plants and live in areas with warm summers and cool to cold winters. Their growth period is during the spring, summer and Fall months. In the winter, they will go dormant and some will even die back. These plants need a dormancy for their long term survival. Skipping dormancy will cause plants to succumb after a couple of years. Do not grow these indoors!

Sarracenia is a genus comprising 8 to 11 species of North American pitcher plants, commonly called trumpet pitchers. The genus belongs to the family Sarraceniaceae, which also contain the closely allied genera Darlingtonia and Heliamphora.

Sarracenia is a genus of carnivorous plants indigenous to the eastern seaboard of the United States, Texas, the Great Lakes area and southeastern Canada, with most species occurring only in the south-east United States (only S. purpurea occurs in cold-temperate regions). The plant's leaves have evolved into a funnel or pitcher shape in order to trap insects.

The plant attracts its insect prey with secretions from extrafloral nectaries on the lip of the pitcher leaves, as well as a combination of the leaves' color and scent. Slippery footing at the pitcher's rim, aided in at least one species by a narcotic drug lacing the nectar, causes insects to fall inside, where they die and are digested by the plant with proteases and other enzymes.

These plants are not tropical and need a winter dormancy for long term health.

Please note: Due to the size of the plants or the time of the year, these plants may have their leaves or pitchers trimmed off or may just be a dormant rhizome. They may also have this years faded pitchers or last years older pitchers. Pitcher do Not stay prime forever and Photo taken for website purposes show plants with photos taken at there best when possible, see pictures below

All plants are shipped bare root and wrapped in Paper Towel. Please have the appropriate pots and media ready for arrival

-Small: Sarracenia that is no longer producing "seedling" pitchers but may have seedling pitchers on the plant still. The "mature" pitcher(s) are still significantly smaller than those of the large version of the same plant. 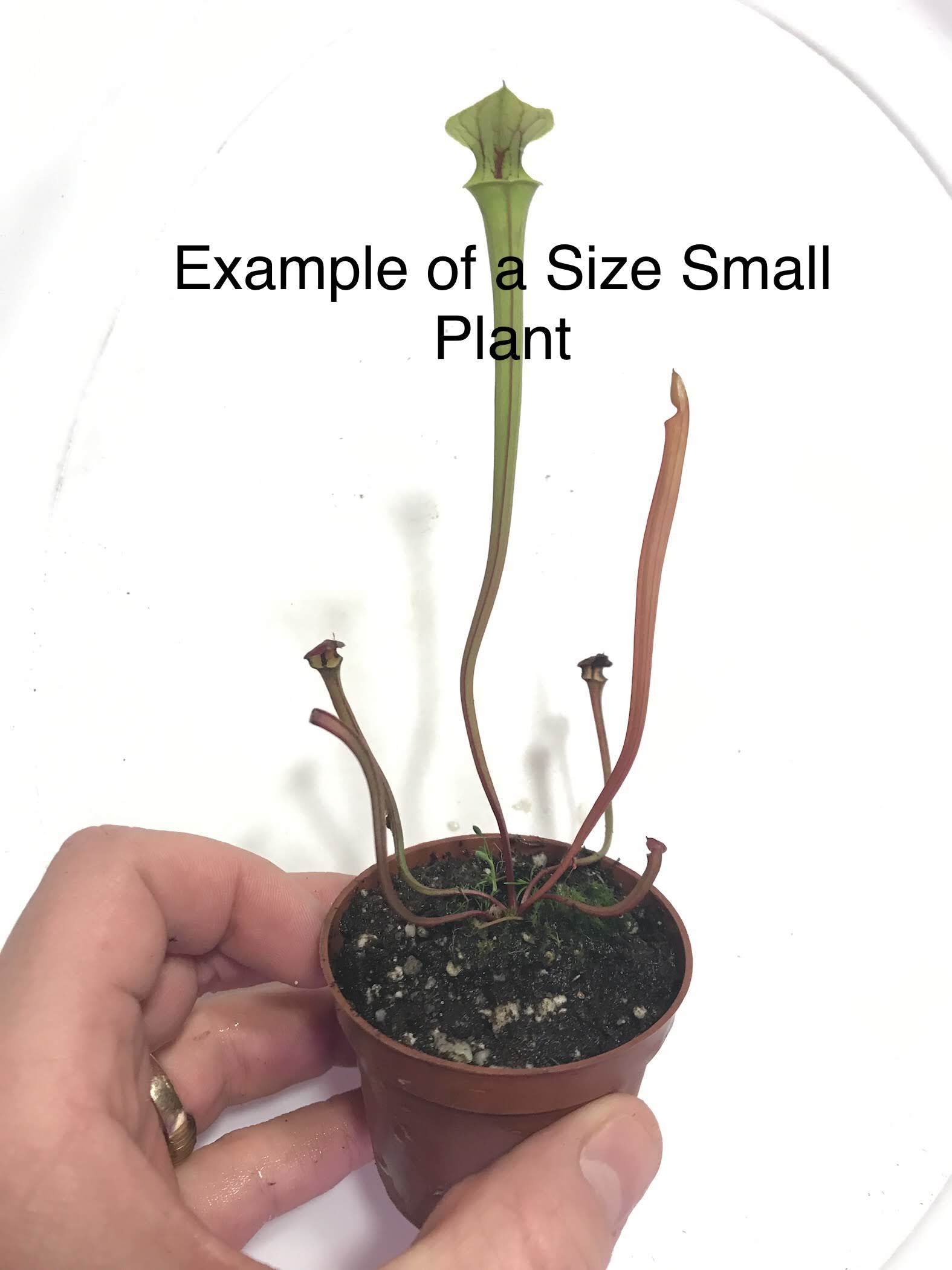 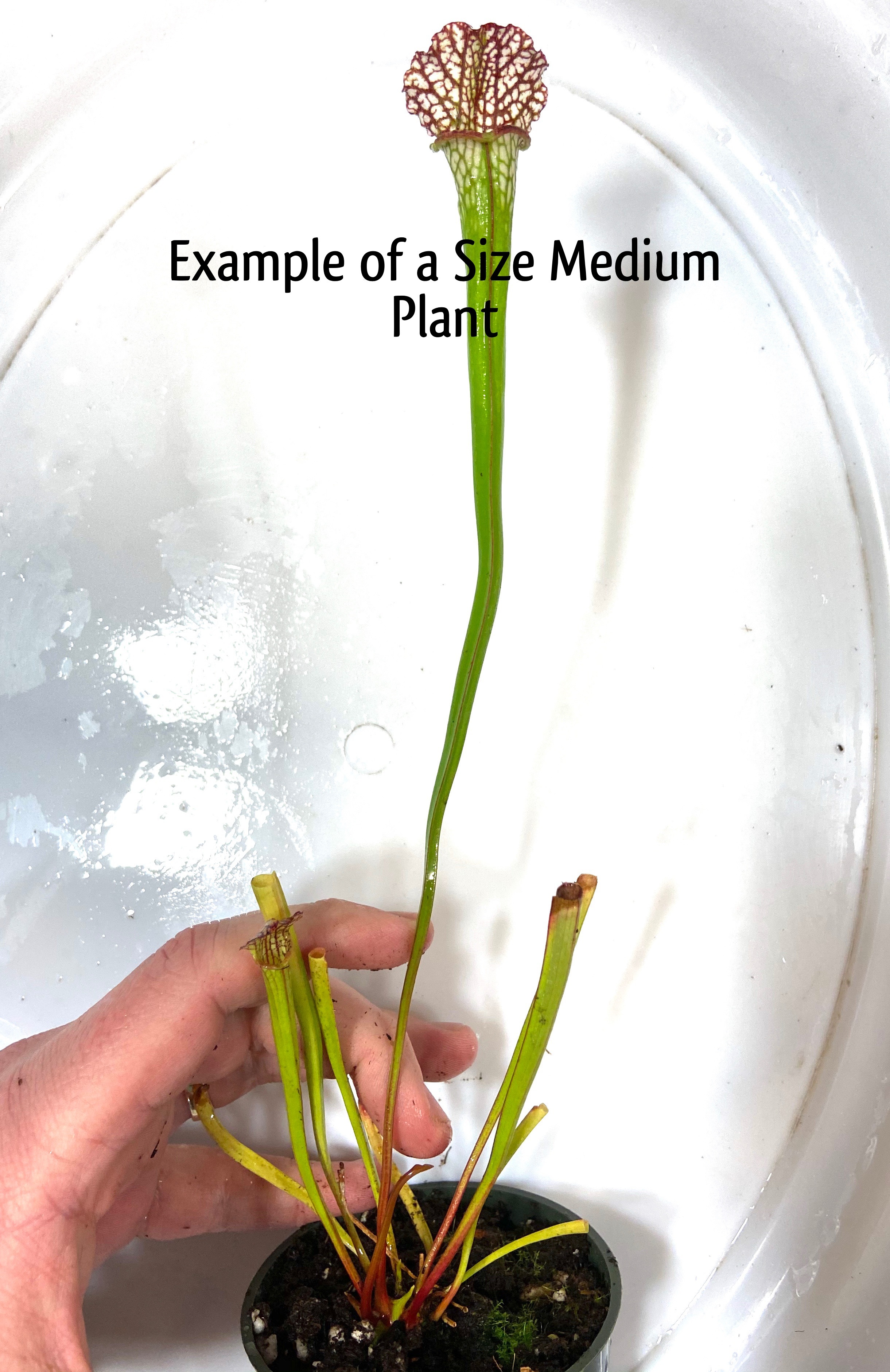 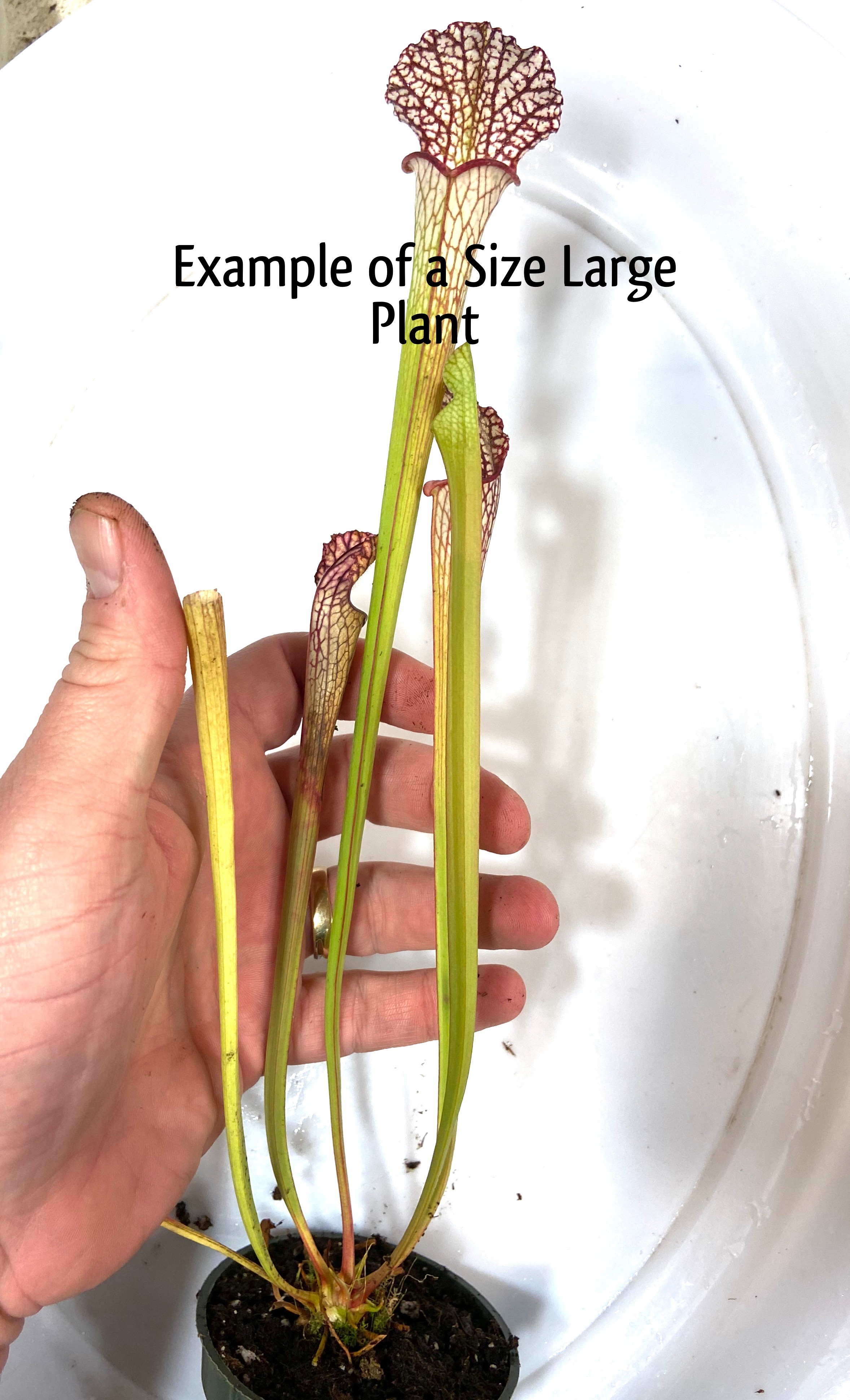 -Medium: Sarracenia that has Mature Pitchers that are a smaller than those of the large version of the same plant but no longer has any "seedling" pitchers unless they are very old. May be a division.

-Large: A Sarracenia that is near blooming size and produces pitchers are nearly as large as they will get for that plant's species/variety. May be a division.

-X-Large: A Sarracenia that has flowered or is near blooming size and produces pitchers are nearly as large as they will get for that plant's species/variety. May be a division.

- Not a size but (In my Option) Grade A+ Plants, "Select" are plants I

or was Intended to keep for future breeding if space was allowed. The

"Select Trait may be because of the Parents, the colour, the size, the

vigour, the limited amount and/or the rarity. 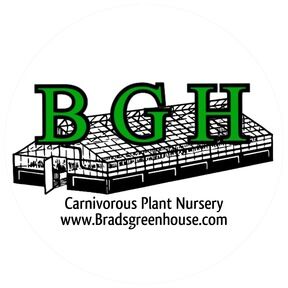